Getting Quiet and Listening 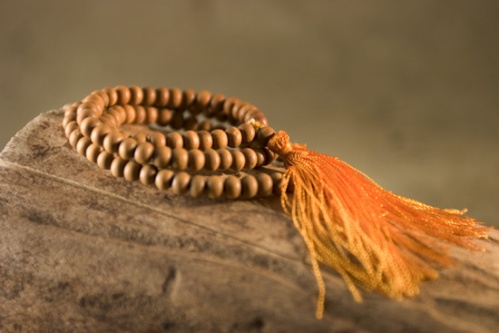 In my previous post, I reported that I had recently attended a truly inspired aromatherapy workshop led by Katie Buggs of Katy Bugs’ Healing Sense.  I’ve been reflecting on that workshop all week, and thinking about how some of the guidance that Katie provided with regard to becoming acquainted with each of the oils in her Reiki Essential Oil Kit is useful in other–really all–areas of one’s life: respect for something one doesn’t and probably cannot fully understand; humbleness in the face of mystery; courage to speak one’s truth when one’s voice shakes;  shaping the intention to be an instrument of divine love and compassion–the list goes on and on.

The most important lesson that I took away, however, was the lesson of getting quiet.  The first exercise that Katie asked us to perform was to take a whiff of one of the oils and just sit with what sensations and perceptions arose.  As the day wore on and as we used each of the oils in Reiki sessions, I became quieter and quieter.  The quieter I became, the more expansively I experienced each of the oils.  Per Katie’s instructions, we were using very small and prescribed amounts of oils–sometimes the amount was so small that the perception of smell was not quite engaged. Yet, each oil offered a unique and profound experience that could be perceived in a deep state of internal quiet.

In this quiet, I came to understand why Rosewood and Sandalwood are such sacred trees. Mala beads are often made from them–in fact, I have a set of Sandalwood Mala beads that I purchased at one of the most sacred Buddhist sites in the world–in the temple at Sarnath (Deer Park), India.  I often just hold them in my meditation time without chanting.  I just like to hold them gently in my hands.

When we enter deep quietude, it becomes possible to deeply listen–to the body, to grief, fear or anger that one may be holding onto, to the energies of plants, rocks and animals that offered up so much wisdom to indigenous and shamanic cultures, to one’s deeper wisdom, to the state of wellness and wholeness that is one’s natural state of being if only one can just tap into it, and to the divine energy that enervates and connects all life.

I am still buzzing!!  Yesterday, I had the glorious opportunity to attend a truly inspired and inspiring workshop on Aromatherapy by Katie Buggs of KatybugsHealingsense: Aromatherapy and Holistic Blends.  During the workshop, we worked together to become very familiar with each of the oils in Katie’s Reiki Essential Oil Kit.  What I truly came to appreciate in a whole new way is that the plants of this planet function as distillations of divine consciousness articulated into material form.  They have distinctive energies; each plant resonates at a particular megahertz; they can gently and subtly assist in helping us to calm, uplift, release, relieve physical pain, open up to more love and forgiveness.  They have so much to share with us.

I splurged and bought Katie’s magnificent “Plant Sense” Card Deck so that I could widen my knowledge about each of the plants and oils that she blends.

Thank you, Katie Buggs, for being such a profoundly humble, gracious, incredibly knowledgable and kind ambassador for the plant kingdom.  My gratitude is immeasurable.