Michael Jackson and The Art of Allowing 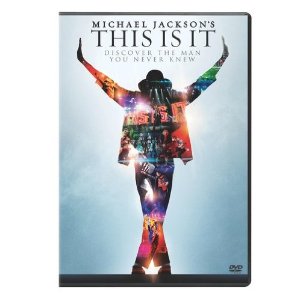 This weekend, I did discover the man I never knew.  My eyes rested on this DVD when I was shopping through a local store this weekend, and it kept calling my attention back to it.  A little inner guidance at work prodded me until I picked it up–an otherwise unlikely candidate for my DVD collection–, and I allowed my curiosity to release any resistance that my judgmental, logical mind might have offered in its regimental views about the kinds of media I allow my mind to be exposed to.  Within two minutes of video playing,  from the depths of some mostly forgotten place in my mind, a surge of  childhood memories surfaced, and I felt myself once again being swept up in the hysteria generated by his magnetic, cutting-edge, boundary-pushing explosions of artistry.

I became curious about my curiosity being drawn so quickly in.  What about the man was so magnetic that he could entrain billions of individuals all over the globe to revel in the energetic magnificence of his creations?  This King of Pop produced the best-selling album of all time (Thriller), he broke many Guinness world records (several of which still stand), and his brilliant, life-long career left him the most awarded artist in the history of popular music.  He died just days prior to the last “curtain-call”: a record-breaking 50 sold-out performances which were to be produced in London.

As I was noticing what was happening to my own sensations while watching this master of entertainment, I became aware that my own feelings and energy were expanding in that entrainment almost to the point at which it was hard to contain them.  I began watching him more carefully, and I noticed something about him that I had never noticed before.

He  trained himself through great discipline to “enter the zone” (or the “vortex”–whatever you wish to call it) at will.  When he was there, he felt his way through it–through a swarm of stimuli all at once that he allowed himself to be a channel of.  Lights, the movements of dancers behind and around him, the pace and beat of percussion and bass, the key of the harmony, the exact timing of all the visual, auditory, and kinaesthetic elements happening all around him on-stage, and the well-spring of the emotive resonance of the lyric combined with melody that was his own creation.  Somehow, he was able to sift through all of them coming at him all at once and feel what elements in this great current weren’t a match to his feeling-vision of what would most thrill the audience and send the energy of what was happening on-stage out into the audience and right back to him and the dancer/singer/musician extensions of him in one great feedback loop.

Watch him create and sift and push his creation further as he works with musicians to get closer to the right  “feel” of “Human Nature”:

And, after many takes in the rehearsal for “They Don’t Really Care About Us,” he nailed it, everyone (dancers, musicians, pyrotechnicians, sound-technicians, lighting technicians, choreographers, etc. etc.) nailed it, and he knows it.  Every element is in entrainment to the allowing of his vision to come forth:

MJ was profoundly in attunement to his inner voice in every stage of the creation process.  He was profoundly consciously and physically aware of the rising, being, and falling away of every single sensation in a magnificent storm of them swirling around him and through him.  He allowed every single sensation to guide him to the next and the next and the next elevation of experience.   He harbored no resistance to the source creative energy for which he allowed himself to be a vehicle.  That creative energy was so magnificent in its expansion and velocity that everyone in proximity to it is swept into it and becomes part of it:

As far as music is concerned, Michael Jackson had perfected the Art of Allowing.

Filed under Art of Allowing, Music

12 responses to “Michael Jackson and The Art of Allowing”